I’m pretty sure I have never written anything that would be classified as self help; and while that section of the bookstore always repels me, the ideas and promises suggested are always quite appealing. For example, who wouldn’t want a “4 Hour Work Week” (link) or to know the “7 Habits of Highly Effective People” (Amazon)? It is in the spirit of self improvement where this article may feel a bit self helpish, yet it is merely an experiment I’m conducting on myself.

Today I’d like to share with you my idea of a “trial week” (or if you prefer the cooler-sounding Latin, Septimana Nova). For me, a trial week is a week-long, personal experiment wherein you try out a new set of daily routines.

Okay, so my first step was to identify problem areas in my own life–those aspects of my daily routines that I knew I could improve on. Personally I know from experience that my happiness is directly proportional to the amount of physical activity I do. I’ve noticed that when I don’t expend energy doing things like running or working out that my depressive tendencies are much more likely to manifest, and visa versa.

Recently I haven’t “had the time” to workout or to do any real physical activity, so that is something that my trial week will focus on. If I don’t have time or motivation to workout in the afternoons, then I better workout in the mornings. 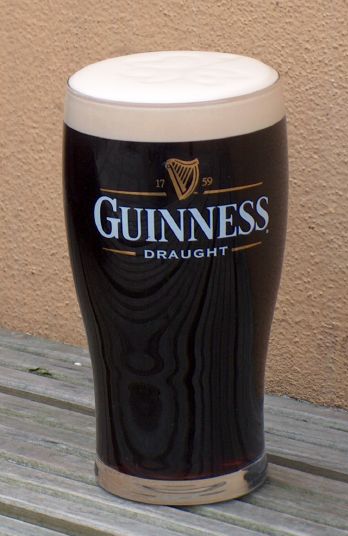 Anyone who knows me also knows that I like my beer, a lot. I love trying out new varieties and I’m equally likely to be drinking a hoppy IPA as a dark and smooth stout. Nevertheless, I recognize that alcohol is depressant and, in general, not a good thing health-wise. It has never been a surprise to me that I drink too much beer, so let’s change this for my trial week. As a bonus to this change, I will also spend less money, save on the empty calories, and have more productive time in the evenings.

The final change I want to make on my trial week is to improve my diet. While my friends will say that I eat pretty healthily (I don’t eat sweets or fast food or much meat), I do tend to have a pretty bland diet during the week. Since time is precious and I’m only ever cooking for one, I often make a lot of one thing and eat leftovers over the next couple days. Although this is economical, it also leads to a diet lacking variety. This week I want to boost that variety and to eat more fresh vegetables and fruits (rather than frozen).

As the trial week comes to the end, it’s the perfect time to step back and take inventory of what worked, what didn’t, and what I will take with me. Overall, the changes were not difficult to make, and actually the first day wasn’t a challenge at all, but by the middle of the week it becomes more difficult to avoid falling into the same old habits. Once past the hurdle and moving into the end of the week, the new routines become easier and almost effortless.

While they say that a new habit takes about 1 month to entrench itself, I would say that new habits can be formed in about a week yet, I would imagine, will remain fairly fragile for that first month.

This experiment certainly highlighted some do and don’ts which may prove valuable for you or for myself moving forward. The key was in the preparation since one bad experience can wreck an experiment like this. For example, if I had gotten to work after hitting the gym Monday morning and realized that I had forgotten my keys or my laptop charger my entire week would have been in jeopardy. It is very easy to overlook something when changing routines.

Every night I made sure to pack my gym bag, pack my backpack, and have breakfast and lunch already packed up in the fridge so that in the morning I wouldn’t even have to think before heading out the door.

Overall this week was a success, yet it is not without its own imperfections. I managed to hit the gym almost every morning and give up beer every evening. My diet was another story. Since my schedule was pretty full, and my energy was exhausted by the end of the day, I didn’t manage to get fresh foods from the grocery story and subsequently didn’t cook much for myself. If I do this again, I’ll need to think hard about the best way integrate cooking into my week.

The only real advice I have for anyone who wants to mix up their week is to just do it! Identify, plan, and then act.

I’m not sure what my routine will look like from here on out, but I am now confident that I can fit in a workout before work every day and, importantly, enjoy it. Tonight I’ll have a beer to toast to this experiment of a week, cheers!

This is probably the boring part.

I skipped the alcohol on Friday and subsequently had more energy in the morning. After working out[1] first thing in the morning, I had a hearty breakfast. Afterwards I did some work on the house (nothing new here) before going for a bike ride down the St Marks Trail, which I’ve spoke of before. By the end of the day I was tired, yet still had the energy to focus on reading and doing laundry.

Got up at 6am and did a quick set of exercises before taking a shower and making breakfast. Since it was my ‘off’ day, I decided not to hit the gym and instead did some reading and work from home. Around lunch time I went kayaking for a couple hours before heading to Lake Ella for a coffee and conversations. Felt really good by the end of the day but got antsy. Guess I need a good book.

Managed to get up at 6 again and hit the gym for an hour before work. Although it was quite cold out, I found the fresh air marvelous. It’s Spring time here in Florida, so my allergies are certainly kicking it. Continued to eat well and have cut the carbs before bed (and any alcohol too), which I think is the reason I’ve been feeling so good in the mornings.

Full moon greeted me on the way to the gym this morning. I still can’t get over how nice the mornings are even if you do have to get up at 6 to enjoy them. My body is definitely still adjusting to the sudden increase in activity, so I need to be careful not to over train at this point. I’ve been known to overtrain in the past, but with a bit of restraint I should be able to adjust to this schedule without much difficulty.

I decided that Wednesday should be my ‘off’ day, so I skipped the gym in the morning and spent in for an extra hour. I still got to work nice and early since I had a lot of work to do (cruise upcoming). Although I can’t claim to have stuck with my ‘healthy and fresh food’ diet, the week was going pretty well!

It was a good thing that I let my body take the day off since the sudden increase in activity was definitely taking its toll. Finished off the day by changing my oil which partially made up for my lack of time outside this week.

Waking up for the gym today was the easiest it had been all week. My left-overs were starting to look rather bland, but I wanted to finish some of them off, so my diet plan has not improved from yesterday. I really just need to cook more during the week (and go shopping). The day was productive and I got a lot of work done.

After work, I wanted to go for a bike ride, but by the time I got home the clouds were moving in and my laziness got the best of me. Will probably be a few days before I get an opportunity.

Although I had planned to take the morning off from the gym and go later, I woke up so early that I figured I had nothing else to do. Definitely the easiest morning in terms of waking up. Since I felt energized my workout this morning was better than the last couple days: more strength and less cardio. Looking forward to the rest of the day.

One thought on “The Concept of a Trial Week”