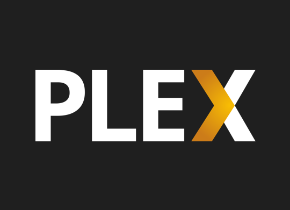 As someone with a lot of digital content including movies, TV shows and music, I’ve always been on the lookout for new and useful ways to get the media where I want it. Previously I’ve used a Raspberry Pi computer with KODI to organize and play my media on my main TV, but I was looking for something a bit more. I’m happy to say that I have finally found it!

Over Christmas break I starting playing around with a piece of software called PLEX which is similar to the KODI platform I was familiar with–they’ll both organize and playback your media files–but PLEX was built for streaming. KODI was always designed to be the platform from which you could play back movies and shows locally, so for a media center PC. KODI, on the other hand, was designed with a server-client architecture which means that it was made to run on a network where one computer would serve up the media files (e.g. a central server) while the other would actually display them (e.g. smart TV). In other words, a personal Netflix.

After researching the pros and cons of each, as well as some of the technical details of the PLEX system, I was eager to get starting on my own setup. A key difference between the PLEX and KODI systems is that the PLEX server requires substantial processing power if you want to be able to stream content at home and from a far since it will scale down the bitrate of media files to match the speed of your internet and device connection (just like the quality settings on Youtube). KODI, being capable on only running locally, can be used on much less substantial equipment.

My Raspberry PI wasn’t going to cut it, so I had to upgrade to a real computer with some metaphorical horses under the hood. Other than that, the switch didn’t require any other alterations to my original media setup. Once the software was installed and setup I was off and running.

Using a moderately powered Acer and wired internet[1], I’ve experienced no issues with streaming any of my media to any computer at anytime which by itself is fairly amazing. Organizing and verifying the automatic identification of your media is a straightforward and virtually perfect process, which was quite different from my experience with KODI[2]. Once your media is organized inside PLEX by type (e.g. moves, tv shows and music), you end up with a beautiful and easy to use catalog such as this: From there the world is your oyster. If you want to stream your media outside of your network then you’ll need to make sure that your server is “accessible”, which is something that the PLEX software and website can help you out with. This is also the time when you’ll want to add any additional user profiles (just like Netflix) and, most importantly, try it out.

Let me know what your experiences have been; or if you’re still on the fence, let me know how else I can convince you!